NEMA Planning Officer, Mrs Oureika Lennon-Petty is representing the DM agency at a collaborative workshop, hosted by the Ministry of Environment at Manhattan Gardens, St. Kitts.

At the opening of the Drought Risk Management Training Workshop, (June 5 – 7th, 2019), Minister with responsibility for Environment et al, Hon. Eugene Hamilton said that everyone should recall the impact of drought on the Federation during 2015 and 2016, if nothing else.

“It was an arid introduction to drought for a first time Minister of Agriculture,” he said.

Persons may recall that 2015 was among the worst impacts from drought on the environment, witnessed in St. Kitts and Nevis.

In his remarks, Minster Hamilton noted that rainfall measured in March of this year was a mere 16mm, almost doubling in May, but still recording some of the lowest in our history, even then.

Cheryl Jeffers, Chair of the ceremony and Environment’s Conservation Officer, spoke to the importance of involving Farmers and Fisher Folks in the exercise, which poses a challenge to them as it takes place during their work day cycles. “In that regard,” she said, “we are pleased to have representation here from IICA, Cardi and the Cooperatives, which will enable the information to trickle down to our most prized beneficiaries of this type of event.”

Remarks were also made by Ms. Simone Lewis, the Regional Coordinator of Global Water Partnership – Caribbean; Dr. Ronald Roopnarine, from UWI, St. Augustine and Caribbean WaterNet/Capnet, UNDP, all agencies that partnered with the Ministry of Environment in hosting the event. 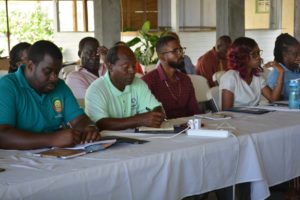 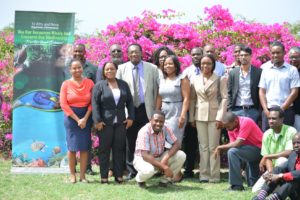 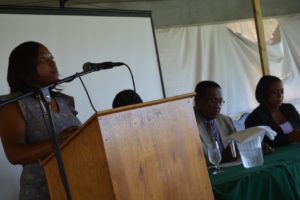 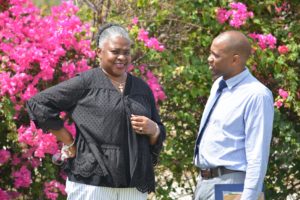 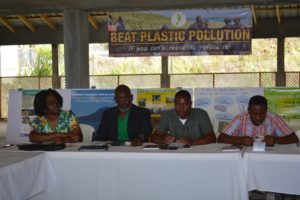 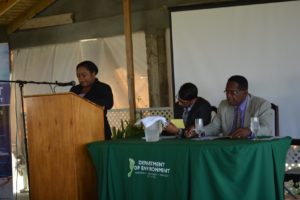 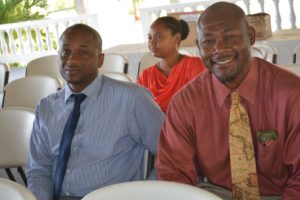 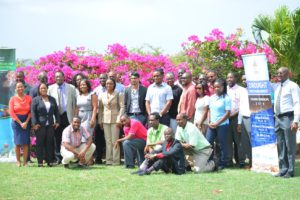 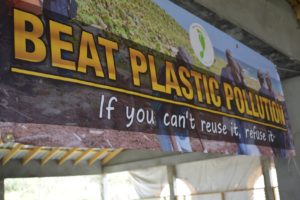