﻿﻿ Service for a merciful season joined by NEMA | NEMA NEMA officials and District Volunteers were in attendance last night, Thursday, 29th May, at the National Prayer Service organised by St. Kitts Evangelical Association at the People’s Evangelistic Centre, Needsmust.

“It was a pleasure for the agency (NEMA) and our volunteers to join with the members and the Nation at the annual service,” she said.

“We fellowshipped in prayer and thanksgiving and distributed hurricane preparedness information to commemorate the official start of the 2019 Atlantic Hurricane Season,” which begins tomorrow, June 1st.

Mrs. Langley-Stevens also commended the Ministry of Ecclesiastical Affairs, under the tutelage of PS Ron Collins, for making the annual Prayer Service a permanent part of their calendar.

“It was truly a blessing to have been invited to address the gathering, and to share in worship with all who attended,” Mrs. Stevens stated. 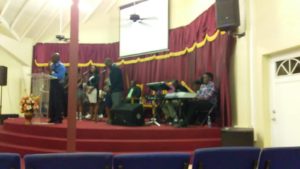 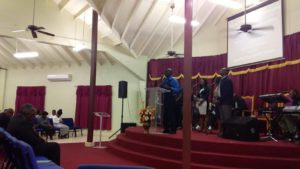 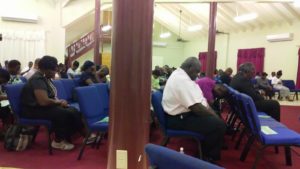