NATIONAL DISASTER PLAN IN ST. KITTS AND NEVIS IS IMPORTANT FOR THE WELL-BEING OF THE NATION BEFORE, DURING AND AFTER A DISASTER 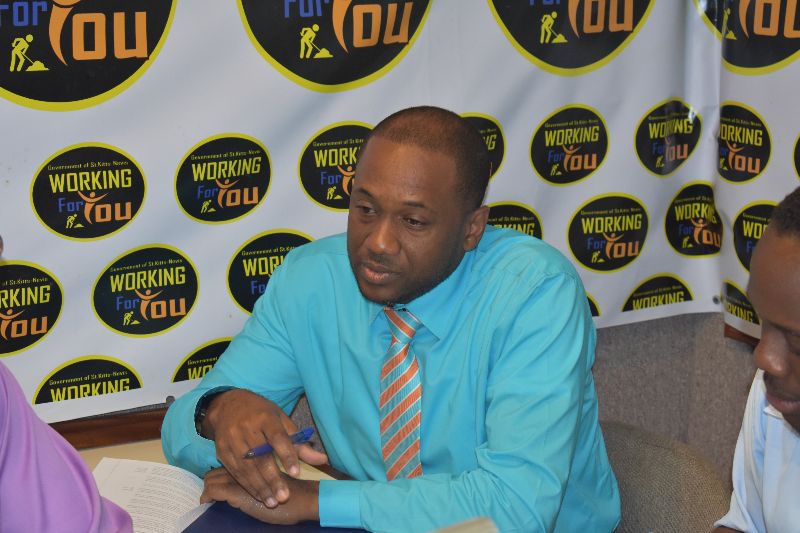 Basseterre, St. Kitts, May 02, 2019 (SKNIS): National Disaster Coordinator at the National Emergency Management Agency (NEMA), Abdias Samuel, who appeared on the radio-television show “Working for You” on May 01, has stated that having a well thought out National Disaster Plan in St. Kitts and Nevis is important for the well-being of the country before, during and after a natural disaster.

Mr. Samuel stated that the National Disaster Plan is divided into four parts, which is in line with the Comprehensive Disaster Management Strategy that was adopted by Caribbean Disaster Emergency Management Agency (CDEMA) in all its participating states.

In the four-part basic plan, part one outlines the roles and responsibilities, part two deals with terms of reference, part three deals with the hurricane action plan and part four speaks about the National Emergency Operation Center (NEOC) and all the responsibilities and protocols that it carries out.

He stated that the plan is very comprehensive and outlines the roles and responsibilities of the government and private and social partners so that there can be a holistic approach in dealing with any potential impact to the Federation of St. Kitts and Nevis.

It was stated that the plan has ten subcommittees that cover all aspects of the plan.

There is also a Damage Assessment and Needs Committee, which is headed by Public Works and a Transportation Committee to move a large number of people if the island has to be evacuated. In addition, there is an Education and Communication Committee, a Housing and Shelter Committee, the Red Cross, which is an NGO, and a Search and Rescue and Initial Clearance Committee.

“Some of the ministries are federal ministries, some are local ministries,” he said. “We have the Disaster Management Committee on Nevis, which mirrors the Mitigation Council at the federal level. This is comprised of heads of departments, permanent secretaries, et cetera, and it is chaired by the Deputy Premier.”

He further stated that there are eight subcommittees on Nevis and 10 on St. Kitts.

“We also have the cadre of volunteers that assists—The Chamber of Industry and Commerce in St. Kitts and Nevis; the Nevis arm is a part of these subcommittees. We also partner with Red Cross. They are a critical entity with regards to our assessments in communities and our training in communities with regards to preparedness and also in the distribution of supplies.”