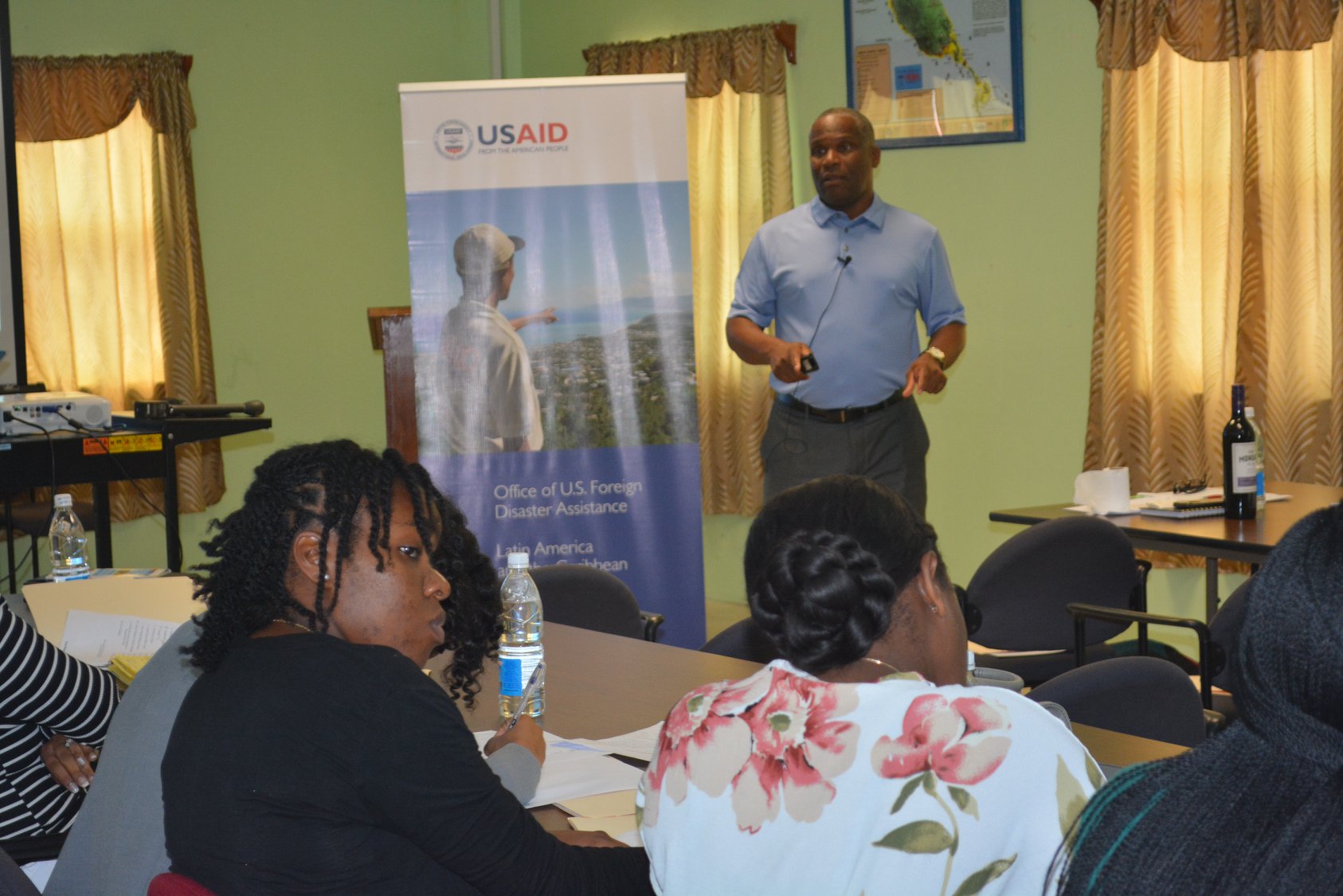 In keeping with the remit of the National Emergency Management Agency, which is to provide life-saving, education, awareness and alert messaging to residents, local media outlets were treated to a one-day consultation, courtesy NEMA and USAID/OFDA and facilitated by Val Henry of VHCommunications.

The event was hosted at NEMA HQ on Wednesday 29th May, from 9am to noon.

“One of our challenges over the years,” according to NEMA PRO Vesta Southwell, “has been the lack of standard operating procedures between media and Disaster Management officials, to guide the sharing of information with communities and early warning protocols.”

Ms. Southwell says that the agency’s aim in hosting this event is to make emergency and other critical messaging comprehensive, by enabling a relationship with stakeholders that is uniformed and aligned to NEMA’s Comprehensive Disaster Management messaging.

“We want to change the culture of communications related to threats, impacts and disaster situations when they occur,” she said “from a reactive standpoint to one of preparedness or mitigation, in partnership with media.”

With the Atlantic Hurricane Season jumpstarting on June 1st, NEMA continues to enable the following in collaboration with local media:

• To promote and manage a culture/mechanism of safety and security among all households/businesses within all communities in response to all hazards,
• To establish MOUs for the accurate sharing of information beginning with the competent, authentic authority.
• To manage an environment of Disaster Management reporting using good journalistic practices.
• To establish and update a 24 hour Media Contact List ensuring that information is disseminated in a timely fashion to the appropriate individual(s) to facilitate timely, emergency alerts to all residents, individuals and vulnerable persons;
• To forge a partnership between Disaster Managers and the media to create a model for packaging and sharing of CDM information.

The event was attended by leaders and practitioners from among the more active media houses on both St. Kitts and Nevis, including representation from NDMD.

“It was quite heartening,” Ms. Southwell explained, “to see the very Managers of some of the news agencies sit with us for the entire event.” Understanding how difficult it can be for media to split resources between multiple events, she stated that it would not have been as effective as it seemingly was in the absence of the leaders who are responsible for which stories are ultimately reported to consumers.

The event was chaired by Director of SKNIS Mr. Lesroy Williams, who also chairs the Education, Awareness and Early Warning Subcommittee of the National Disaster Plan. Presentations were made by Ann Jean-Baptiste of USAID/OFDA, SCASPA, DNDC Claricia Langley-Stevens and Twanna Finch and Lejon James, who jointly launched NEMA’s official website www.nema.kn.

In the end, SCASPA representative Delver Martin reminded attendees that whether the season is average, below average or above, is not important, as it only takes one damaging impact to cause devastation.

“What is important,” he said, “is the trajectory of the system (whether it will threaten St. Kitts-Nevis) and eventually, your level of preparedness.”