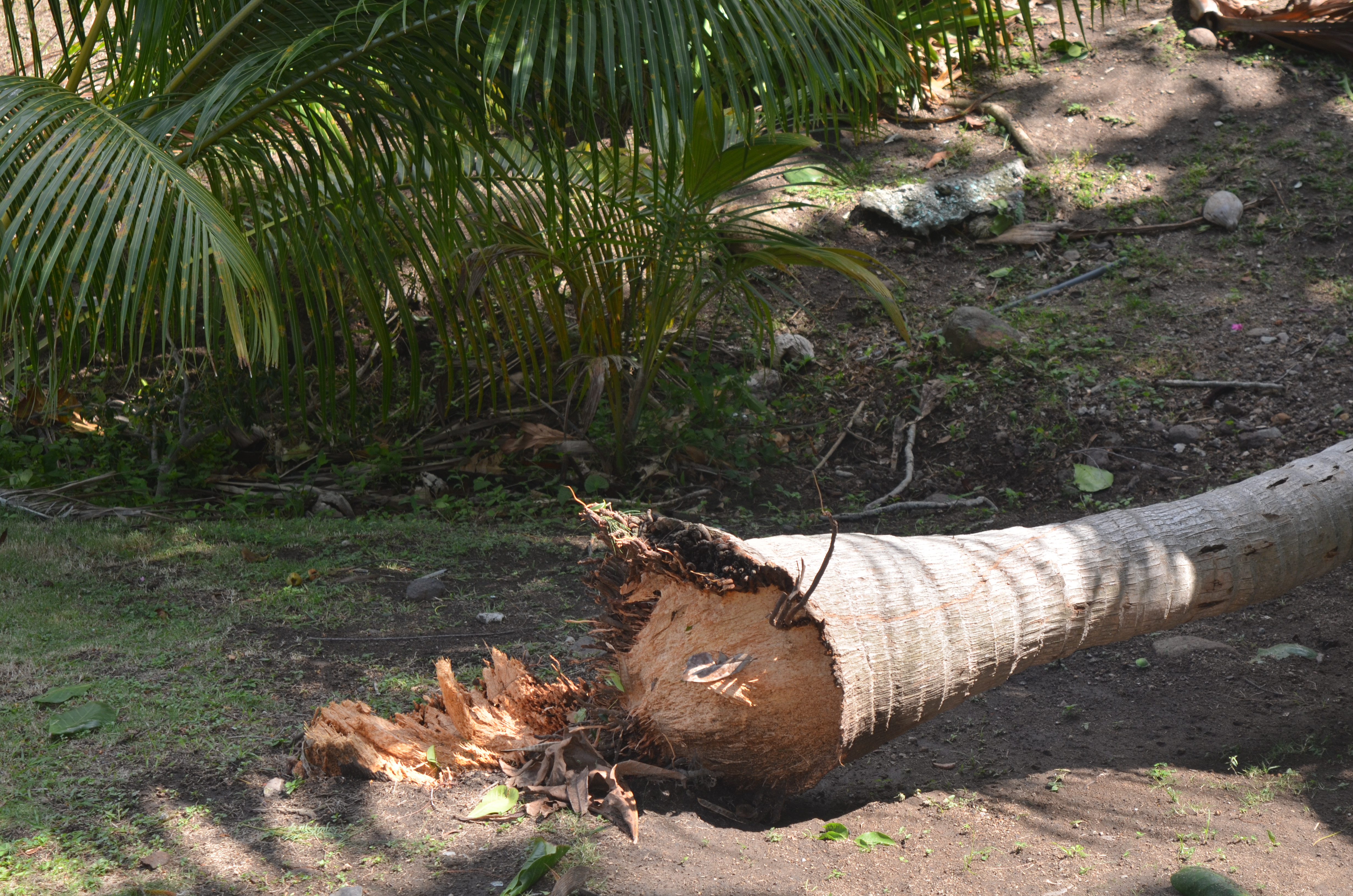 Reports and calls made to the National Emergency Management Agency (NEMA) on November 3rd 2019, recorded a weather incident that occurred in the Conaree and Bird Rock areas. At the time, it was classified as a weak tornado which was embedded in a deep-layered and slow moving Trough that was affecting the Northern Leewards over a week.

According to Elmo Burke, Senior Met Officer, Tornadoes are not uncommon in the Caribbean where they manifest as water-spouts and or land spouts, from time to time. “Some even appear within storms or hurricanes, but not all of the time,” he said.

However, based upon ongoing investigations and consultation with the Antigua & Barbuda Met Services, an updated report, which includes the probable cause and impact of the system, has been shared with the agency.

“In conjunction with Mr. Burke, a delegation from NEMA, including myself, Mrs. Oureika Lennon-Petty, our Planning Officer and PRO Vesta Southwell, returned to Conaree on November 4th to meet with eyewitnesses and record their statements,” National Disaster Coordinator (NDC) Abdias Samuel said.

“According to Mr. Burke,” NDC Samuel said, “the incident was termed a ‘Wet Micro Burst’ which is a sudden down-flow of air from the mid portions of the atmosphere.” The report also states that the impact occurred as a result of a perfect storm scenario. The outflow boundary taking place was an outcome of the Wet Micro Burst and was accompanied by strong, gusty conditions, related to the thunderstorms and heavy rainfall being experienced at the time.

Micro-Bursts can generate high gusts as seen in the videos circulating on social media and combined with terrain effect and resulting friction from the ground, could lead to the swirling action often associated with Tornado impacts.

NDC Samuel says that he is encouraged by the response of community residents during and after the impact experienced this past weekend.

“NEMA stands ready to manage, mitigate and respond to any and all emergencies that may affect our Nation, but we cannot do it alone. I hereby call on every citizen, every resident to partner with the agency as we seek to build up and to maintain ourselves in a state of national resilience.”