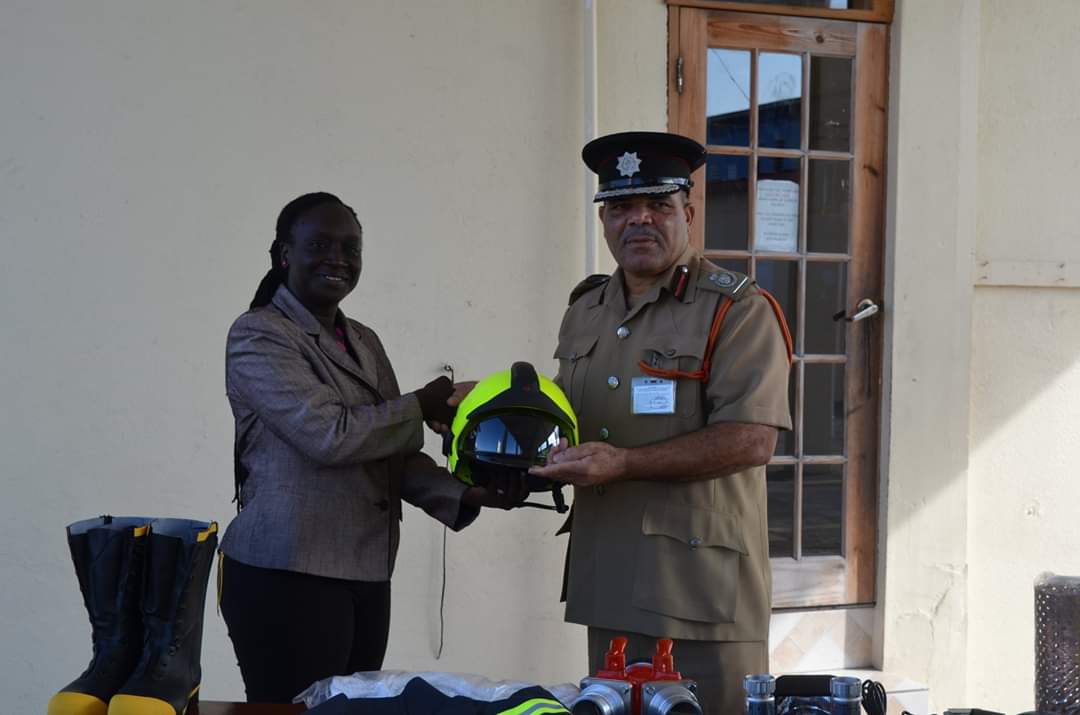 The National Emergency Management Agency (NEMA) is the primary beneficiary of some equipment and materials, resulting from a Japan Grant Aid that was earmarked for Economic and Social Development here in St. Kitts-Nevis.

The initiative began in 2015 and was successfully finalised in January of this year, with the delivery of products, including the following:

In accordance with St. Kitts-Nevis Government’s bilateral agreement with the Government of Japan, the project was initiated by NEMA, in collaboration with the Ministry of Foreign Affairs, and directly benefitted the Ministry of Health and Fire and Rescue Services.

On January 27th, 2020, items were handed over to Fire Chief O’Garro and staff of in a ceremony that was chaired by the NEMA, at the Basseterre Fire Station. Equipment training for the end users of the products, followed.

In her presentation to the gathering, Deputy Disaster Coordinator, Claricia Langley-Stevens said:

“It is noteworthy that the programme was managed, monitored and entrusted to the Japan International Cooperation System (JICS) and that Project Manager, Takaho Chubachi, is remaining accountable until all end user product trainings are complete, beginning with the fist one which takes place immediately after this ceremony.”

DNDC Langley-Stevens also noted that The Ministry of Finance and NEMA were kept abreast of the project with monthly progress reports, including financial reports, by the JICS Project Manager.

“This gave the agency the assurance that although the journey from initiation to completion was lengthy,” she said, “the outcome was certain.”

Stakeholders contributing to the process were acknowledged including: Permanent Secretary in the Ministry of National Security et al, Mr. Osmond Petty, for signing the declaration that initiated the Programme; The Nevis Disaster Management Department (NDMD); Ministries of Finance and Health; Fire Chief Everette O’Garro and his management team and NEMA.

“Collectively, we identified mitigation measures and utilised the programme to fill the gaps that were identified” Mrs. Langley-Stevens said.

Equipment training was conducted by Mr. Wynyard Esprit, a Civil Engineer with over 13 years of professional working experience in infrastructure development in the region and the Managing Director/Senior Engineer at PENDEC Inc., in Dominica. Mr. Esprit and his team are representatives of SIRIUS CORP., conducting operational and maintenance training for end users of products and services throughout the region.